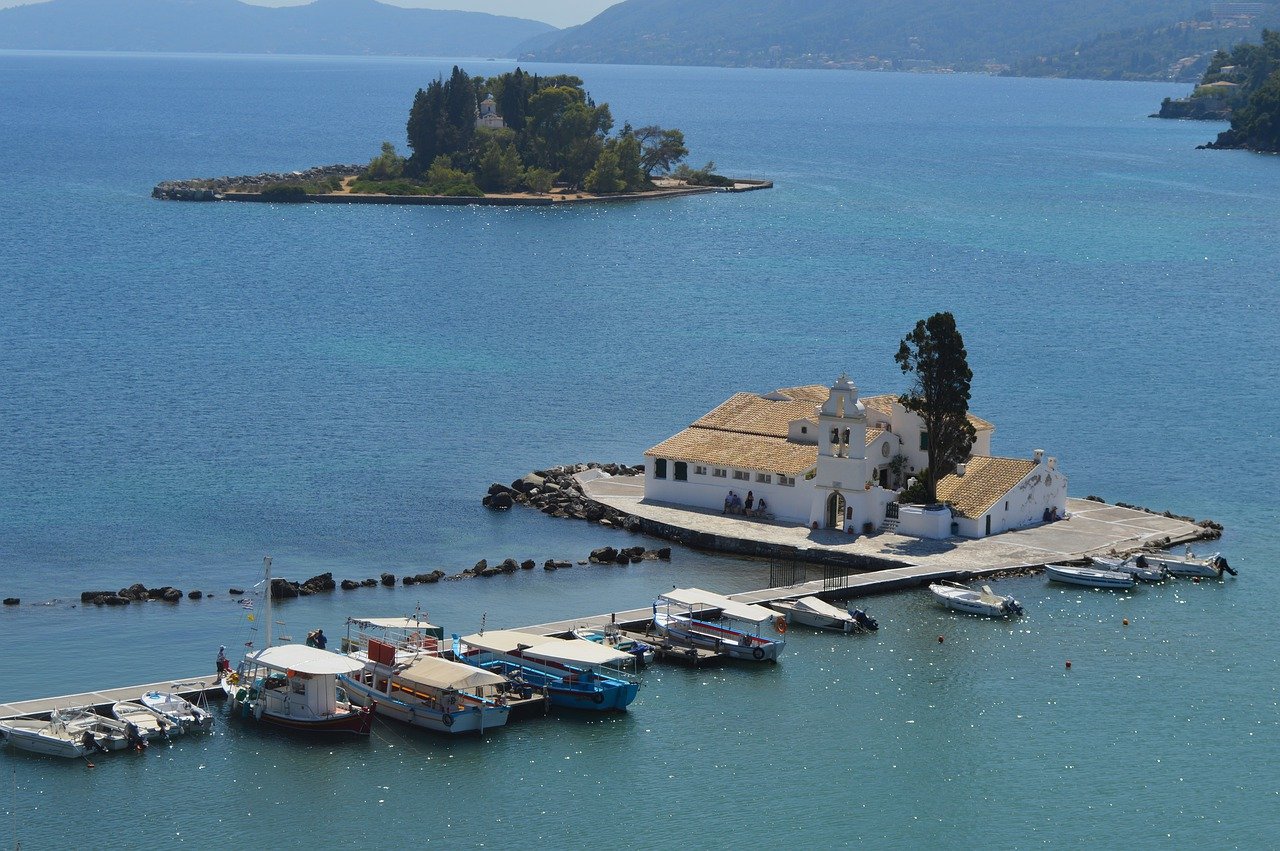 CORFU Island in Greece is known as the “The Island of the Sun”.

It is the favorite destination for many travelers. It’s a magical place that fascinates everyone with its unique beauty,

and it provokes the visitors to explore the island.

Corfu, the island of endless natural beauty, the island of song and music,of unending inspiration, a combination of the cosmopolitan and the traditional. The island will leave the visitor with unforgettable memories, excite him with unparalleled images and touch chords in his soul as he pays homage  to the culture of the seven islands.  How can we put in few words all the elements which make up this earthly paradise,  this place which has been so generously blessed by God and which has been written  about by so many illustrious writers and poets.

Corfu is an island in the Northern Ionian Sea, situated in the entry of the Adriatic sea and near the coasts of the Continent. The coasts in the north-eastern part of the island also approach Albania. The beaches have a total length of 217 km forming many bays and capes. It has a mountainous terrain mainly in the northern part, with its highest peak being Pantokratoras (914 m).

Corfu is the most northernmost and second largest after  Cephalonia of the Ionian islands. Its area covers 592 square kilometers  and the length of the island is 217 kilometers. It is mountainous with the highest mountain  being Mt. Pantokrator (914 meters) but there are several flat areas ,the largest being the Ropa valley.  There are two lakes , Korission and Antinioti, and four small rivers often dry in Summer  at Potamos, Sidari, Messogghi and Lefkimi. The climate is mild without being bitterly cold   in Winter and the Summers are humid. The heavy rainfall and the high humidity encourage  the profuse growth of vegetation.  Therefore the island has a lot of greenery, even in Summer. It is the most densely populated  area in Greece after thew great urban centers of Athens and Thessaloniki.  According to the latest census figures, the population of the island is 105.000 with 35.000  people living in the town.  The economy of Corfu depends mainly on the tourist industry but there are also related  industries and services that depend on tourism.  Agricultural production is not large. The chief products are olive oil, wine, vegetables   and the unique type of Kumquat fruit. 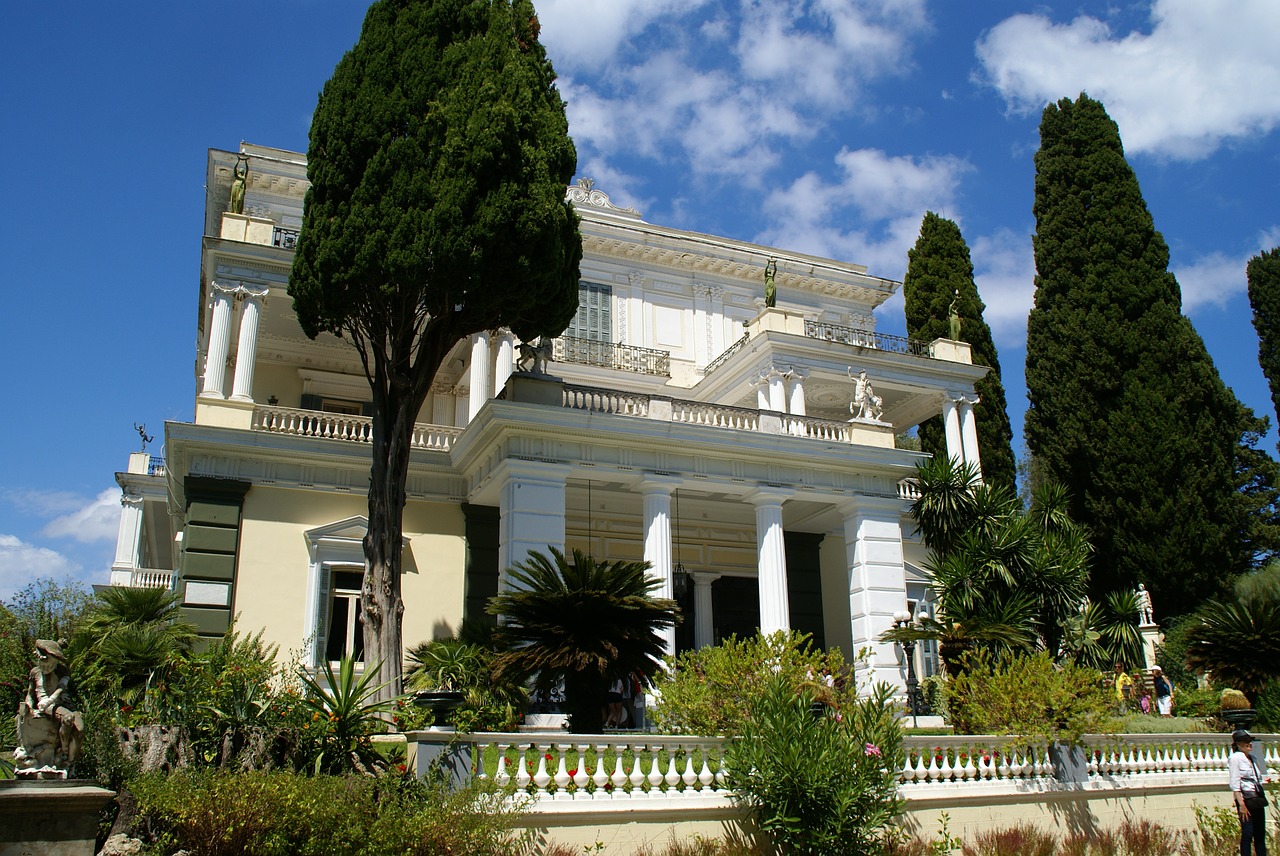 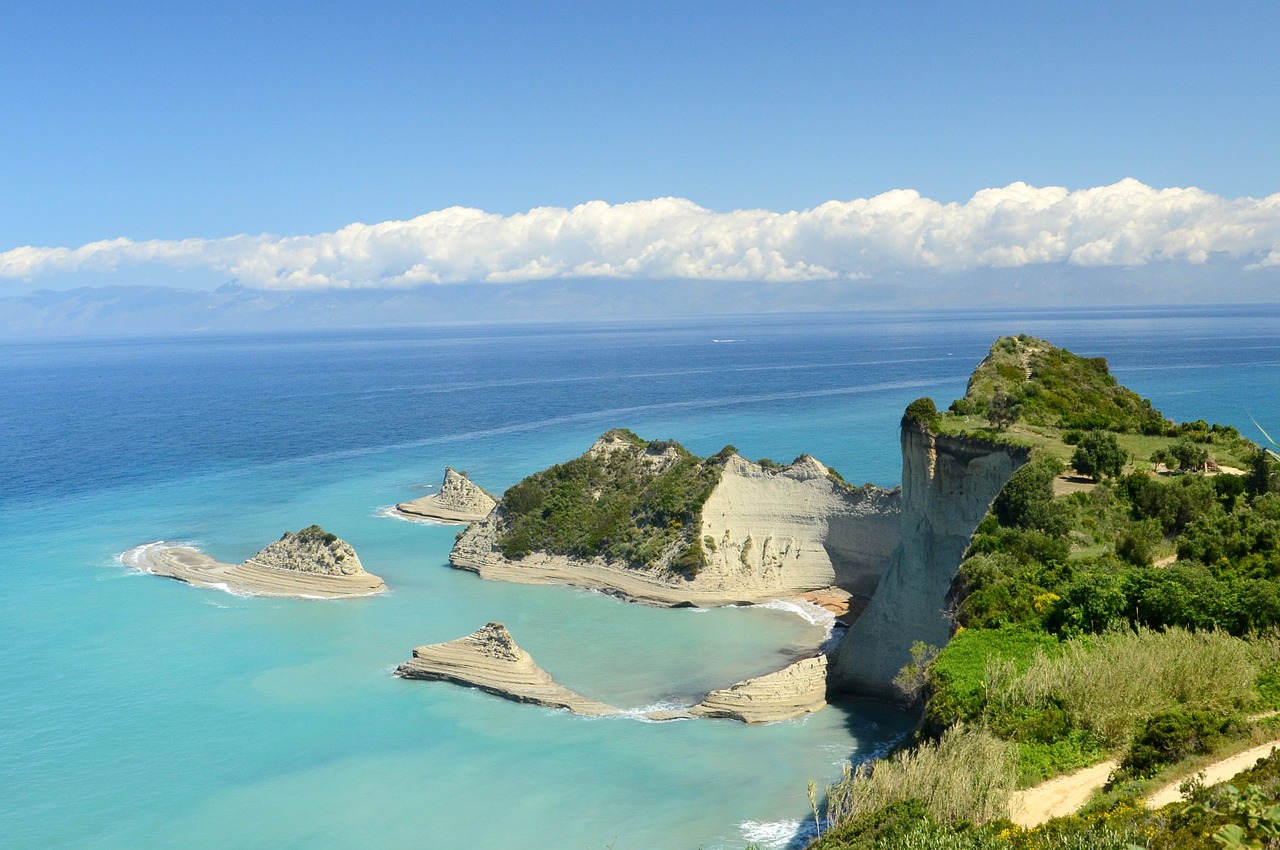 The nature and the morphology of CORFU with the combination of the graphic villages and HISTORICAL CITY are the greatest reasons that contribute to visit this island.

Expore one of the most beautiful islands of the world.

Our many years of experience distinguish us and help to serve you well in every request.

We hope you have a nice and safe stay in the beautiful island of CORFU !